Navigating the DevOps Skills Gap Skip to content
For DevOps and Apps Teams
Torque
For NetOps, SecOps, and DevTest
CloudShell

So, you’re well underway with your company’s digital transformation, but you’ve hit a snag: While you’re working to ship innovative applications and features rapidly, the process of provisioning infrastructure for your developers and engineers has hit one giant bottleneck.

While their requests for infrastructure have undoubtedly accelerated, what’s lagged behind is the DevOps bandwidth to address them.

It’s not a matter of simply hiring more folks. (You’ve tried that, I’m sure, until budgets dried up.) Requiring both coding and infrastructure engineering skills, the list of DevOps people qualified to deliver app dev, test, and production environments is limited. Compounding the problem is the increasingly complex nature of the infrastructure your teams need, along with the myriad proprietary tools used to provision infrastructure. 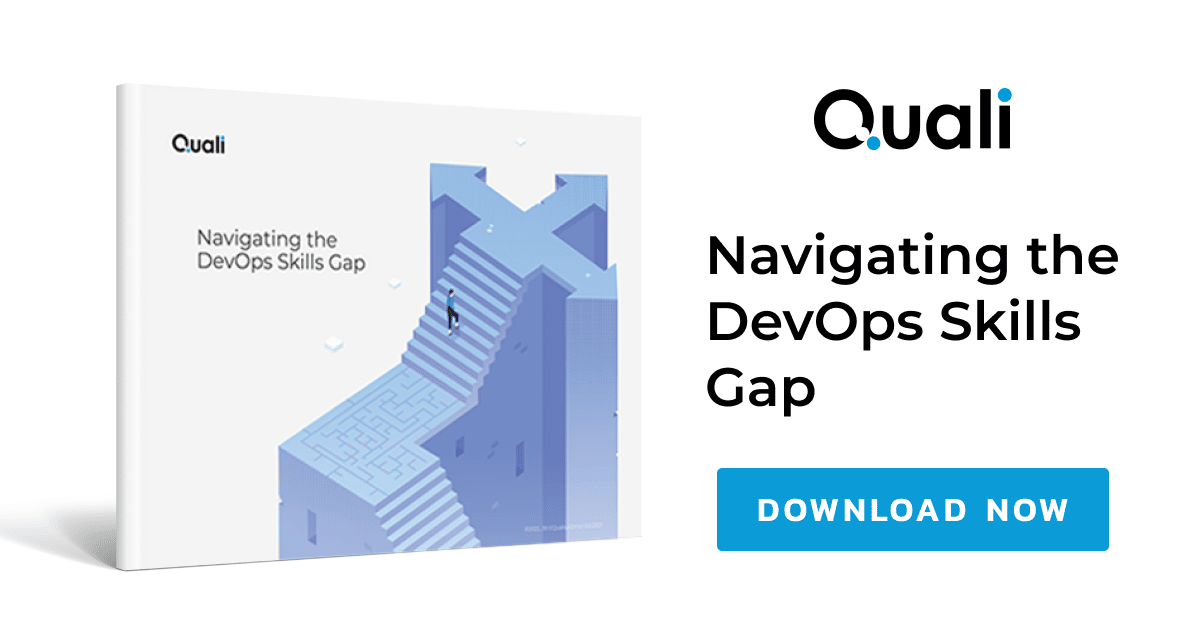 Fortunately, there are concrete steps that you can take to address the imbalance between developer demand and DevOps supply, thereby (re)fueling your company’s digital transformation. In Quali’s new ebook, “Navigating the DevOps Skills Gap,” we lay out the key components:

Easier said than done, huh? While the ebook lays out the solution in great detail, here’s the gist: Environments as a Service, or EaaS, can help DevOps teams eliminate the repetitive manual work that causes bottlenecks.

With an EaaS approach, DevOps teams import the various infrastructure components needed for specific dev, test, and production environments—including scripts from various open source Infrastructure as Code tools, such as Terraform, AWS CloudFormation, and Helm—into repeatable blueprints that developers and other end users can deploy on demand via self service. This approach extends the infrastructure expertise of your skilled DevOps folks in a self-service, easily accessed format that helps your developers move quickly.

To learn more, check out the ebook, “Navigating the DevOps Skills Gap”.