Speaking the Language of Applications

This article originally appeared on DevOps.com

I arrived early to a meeting, and the pleasant security guard at AT&T suggested I take a look at their innovation museum while I wait. Among motion picture sound technology and life-size photos of switchboard operators on roller-skates stood a transistor prototype. The transistor was invented in Bell labs in 1947, and it changed the world. Steve Wozniak considered it the greatest innovation of all time in his 2014 article.

Abstracting technologies is key to advancing to a higher level, making it possible to solve real business problems.

The concept of abstracting applications is what stands at the basis of every new approach to application development and release around us.

Technology screams, “Think applications, soon you will not have to worry about infrastructure!”

The Evolution of Infrastructure: Manual Deployment and the Inception of Its Automation

Behind any automation tool or standard stands a model. This model reflects how its creators originally perceived the problem they were trying to solve. It consists of the entities they defined as first-class citizens, the operations they wanted to apply on these entities, their attributes.

“All models are wrong, some are useful,” said George E. P. Box in 1976. This is true for automation models too. Automation models are usually nice and clean when we start off. But as the problems we try to solve transform, our models need to grow and adapt. Until at some point they are not useful anymore and we need to replace them with next generation modelling approaches.

Pure Infrastructure-as-Code tools were built to provision infrastructure dynamically. Terraform is an example for an open source tool that does this well. This model is created with infrastructure in mind.

Whether we look into Terraform, AWS, CloudFormation or ARM templates, we will see the infrastructure is the starting point (defining network connectivity, VM instances and services) and the applications are an implicit addition. They are artifacts that happen to be deployed on and are tightly coupled to the infrastructure. We may look at a component that says “App A” but it actually stands for “specific infrastructure with app A installed on it.”

Infrastructure-as-Code tools evolved the way open tools do–their base model was extended by the community because there was a need to automate applications deployment and not just infrastructure. But it is becoming difficult to extend this model to reflect a world where applications are built to move between clustered servers, and the starting point is no longer the infrastructure, but rather the application’s requirements. 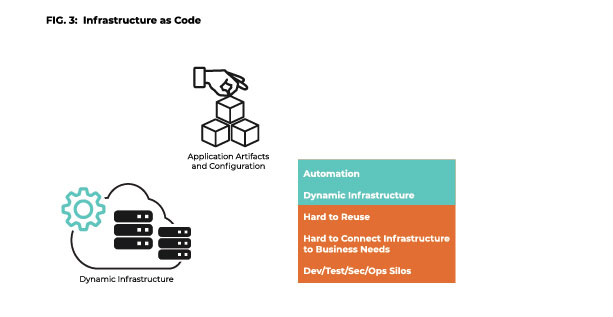 Moreover, from a business perspective it is important to make applications explicit. It’s our product. Our website. Our mobile app. The applications need to be the center of the attention and discussion. This kind of modelling puts applications in the shade of infrastructure.

The models we use today are broken, and it is time to evolve. No matter if your applications reside in containers, or on cloud instances, or include native cloud services or a mix of them. Applications should be a first-class citizen, and not some artifact installed as an afterthought on the infrastructure we started from.

The notion that applications should be abstracted from infrastructure doesn’t eliminate all the challenges of infrastructure provisioning and application deployment, but it creates a foundation for better and more scalable automation.

Modelling applications as a first-class citizen is the only way to make applications a re-usable element throughout the development and release pipeline.

If there’s one thing I learned in my automation journey, it is that if automation doesn’t get frequently and consistently reused, you don’t get value for your money.

2. The Path to Multi-Cloud

3. The Path to Breaking Silos

The vision of Dev, Sec, and Ops all dealing with the same language (code) is wonderful. But bringing everyone to the same code pool is not always easy. Applications and infrastructure are not the same thing, even though we can code both. Mixing them makes them unnecessarily hard to build and troubleshoot. It forces us to deal with fuzzy boundaries when it comes to responsibility for this code. Basing automation on a model that organizes the world in a way the different stakeholders can understand it, can help overcome this barrier.

Infrastructure-as-Code is a huge breakthrough, but the bigger story is about making application development and release faster. This doesn’t undermine the importance of infrastructure; infrastructure is the foundation of everything. But if we want to solve business problems, we need to talk the language of the business, and that’s the language of applications. Our automation should be built in a way that reflects this. 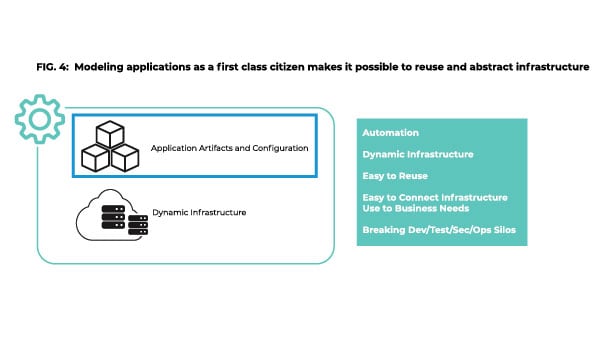